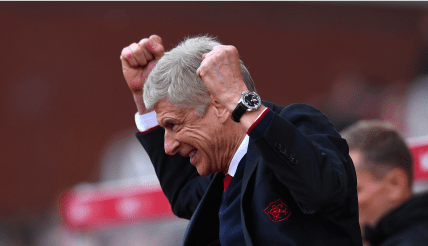 I’ve given myself some time to digest the news that Arsene is leaving. I still believe in him to deliver the first European Trophy (that I can remember properly) in my lifetime. My personal view was that it was time to go at the end of this season. Although I only came to this conclusion in January, after I drew an imaginary red line and said that if he didn’t buy a CB then and address the clear issue we have, then he wasn’t fit enough to run the club anymore. He didn’t and here we are. That being said I have always supported the team regardless. I don’t need to go overboard in my praise for Arsene, as I have always been a vocal supporter of his and believe he truly is the greatest manager we will ever have.

I have said before that he created his own downfall by raising expectations so high in the first place and not being able to replicate that, ushered in resentment from members of the fanbase and was a catalyst for the sense of entitlement that flows through the Emirates. It’s toxic and as a whole makes the fanbase look like spoilt children. I want to see that end once he’s gone. New manager, new expectations. But what expectations though, what should we look forward too? I believe that the entire fanbase should take stock and have a look around. We aren’t a crisis club in any respect and have an amazing platform for someone to come in and do great things. That being said, I think there should be realistic goals set for a new manager. They are as follows:

That is a realistic view of what we should be looking at. Anything other than that is delusional. Yes it would be spectacular if we got a manager in who wins us the league in the first hit, but then he’d be put in the same category as Arsene and yet again set the bar too high and we would have a manager conveyor belt, becoming like Chelsea! The fan unrest would force him out as soon as we go a season without winning anything, which quite frankly is pathetic and doesn’t run parallel to club values.

Now, the glaring problem we have is defence. It’s no secret! I now move onto the potential candidates and obviously top of that list is Allegri. I have alluded to this in a previous post but it’s the name that keeps popping up and to be fair, he would be ideal. For one he’d drill the defence and we’d have to set up slightly different but that’s what is required. Arsene has left behind a great team that can win things. If the funds were available I think we should buy two centre backs and a new goalkeeper. Simple, Butland will be going cheap as Stoke Rugby Club will be relegated almost for certain now. A player of his calibre has to go to a top side as to me, he is England No 1. It’d be nice to have that again, as all throughout my childhood we had Seaman and it’s good to have your country’s No 1 as I fear with a new foreign manager, not enough English players will get in. I say this because my two choices for centre back aren’t English. Yet again I echo myself and say Manolas and Koulibaly. If we have to sell Mustafi to help pay for it i’m happy with that. Koscielny is one of my favourite players, yet even I can see he should hang up his boots at the end of next season. His legs are going and he’s making more and more mistakes. It pains me to watch it happen to an idol but yet again you have to be realistic.

Next on the list, Nagelsmann. I include this because of what Ivan Gazidis said in his conference about being bold. What he lacks in experience he can make up for in talent I suppose. A great short term record, saving Hoffenheim from relegation in his first season and taking them to the Champions league in the second. I watch Bundesliga weekly and Hoffenheim do play attractive football, which would go down well with the fans. I just worry that a manager that’s so young, coming into a dressing room of not only players older than him but big name players, something he hasn’t had to deal with before. It’s a baptism of fire, if he is appointed.

Leonardo Jardim, a great choice. He echoes Arsene’s past. Monaco are a good side and play wonderful football, good defensively and are a mainstay in the Champions league. All the things we could want, plus he’s young for a manager. Personally, think it’s between him and Allegri.

Arteta, why? There’s being bold and then there’s being stupid. Maybe as an Assistant Manager, I could get that. Zero experience. I hear murmurs from people on twitter (the worst source of any information) that Pep holds his coaching abilities in high esteem. Does that warrant being given the job at Arsenal (if you believe that of course)? No. Next.

Vieira. Interesting. He is doing well at New York, haven’t seen them play and don’t know the standard in the MLS, i’d imagine not great as most old players go there to retire and earn big bucks. Although, he had great pedigree as a player and was almost a manager out on the pitch, I could see this being a left field choice but one that fans could get behind. He’s young and understands the club values and what is expected.

For me, there isn’t any other discussion. It’s all hearsay and fake stories from the media. Arteta and Vieira are included in this but I gave them respect because they’re linked to the club. The last thing I want to add is that, whoever comes in should have the full weight of support from the fanbase and should turn the Emirates into a fucking fortress. I heard what that stadium can really sound like the other night for the Madrid game. AFTV should be banned from entering the ground by the club. All negativity should be stamped out and not given room to breath. It’s a new start and we don’t need any divisive people, trying to be edgy by saying the new manager is shit because he loses one game. Manager’s are human and aren’t exempt from making mistakes and/or losing. They’re not going to go unbeaten. It’s okay to lose 4-5 games in a season. Most teams who win the league, lose 3-5 games throughout the course of the season. It’s natural, you can’t win them all. Regardless, I stand behind whoever the club appoint and wish them all the luck in the world. As a club, we can do great things together. But only together. The fans included.