Over the years, I have expressed very hard fought views about the EU, Brexit and the state of current affairs in Europe as a whole. The reason I have called this piece ‘Bored of Brexit’ is probably for a different reason than most. I’m bored of it being CALLED Brexit, mainly because this isn’t Brexit. It’s not what we voted for. It’s a backdoor to a forever union. Anyone savvy enough to delve deeper into what’s going on will see this. 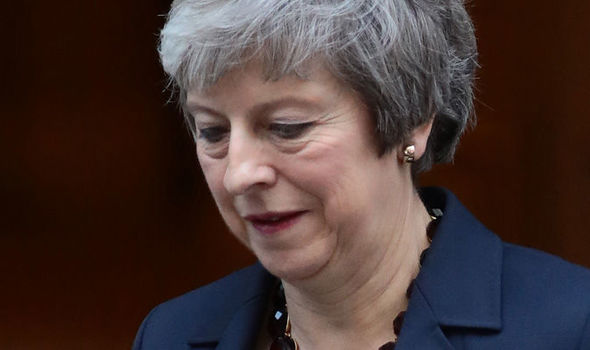 The truth is, you will never achieve Brexit with a Remain PM. Yesterday and today’s crunch meetings for the PM serve as a healthy reminder that the Brexiteer wolves are at the door. I don’t think she can stave them off for much longer. The cabinet is full of Remain MP’s who don’t believe in Brexit, which is why we’re here with this pitiful, wretched draft agreement. If you were to take a step back and look at the bigger picture, I suppose it’s not all that bad. What I mean by that is, the PM struggled to get it through her own cabinet without massive uproar and resignations. It won’t get through the house and certainly won’t be agreed by ALL 27 members of the EU! So in that respect i’m still relatively calm about the whole situation. The eventuality of No Deal is pleasing to say the least, any deviation should be treated with contempt. 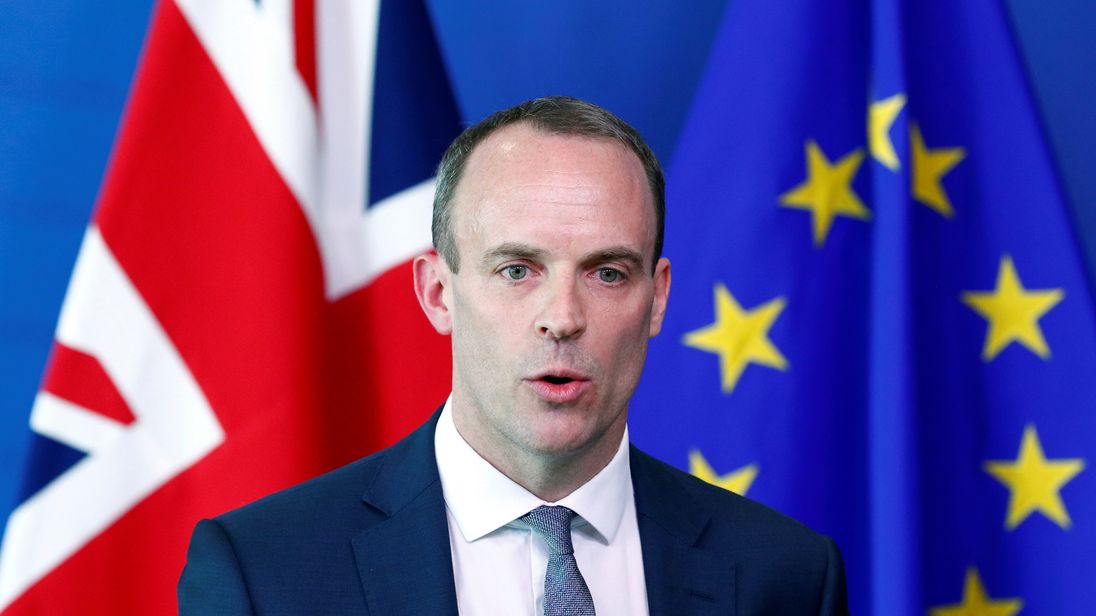 What’s really got me pondering is the pending leadership contest. This is the best, albeit last chance we will have of ousting Theresa the Appeaser and installing a proper Brexit cabinet. We need a PM that will give licence to a Brexit negotiator to go in heavy handed, throw the agreement out and say ‘we want no deal, convince us otherwise’. Which would be a much better negotiating position to start with. If we would have started with that then we could of had ‘Canada+++’ by now. We need a PM that isn’t scared to take the risks that will result in a brighter future. We need a PM that truly believes in the aims of the country. A principled PM that strives to deliver in the interests of the nation. A PM that will not go out with a whimper or to give in to the EU bully boys. A true conservative, that believes in upholding traditional values and boosting the national identity. We don’t need a ditherer with no direction.

In the coming days, there must be a trigger for a vote of no confidence in the leadership and a last ditch effort to save the country. The Tory party is consuming itself at an alarming rate and if this isn’t done, there’ll be nothing left to salvage. Without knowing it, they could send themselves into the political wilderness for the next 15 years, if they don’t get rid of May. She is harming the image of the party and taking it even further away from the true principals of conservatism. There needs to be someone to step up that is unashamedly Conservative and wears it with pride. In doing so, resetting the scales and pushing the political spectrum closer to what it used to be. At present, anything right of Communism is seen as Nazism. This can no longer be tolerated. 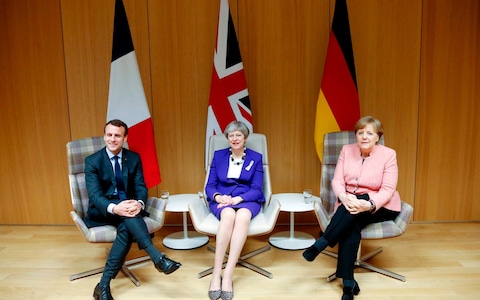 I think now more than ever is the perfect chance to stand up to the EU as a whole. There is disgusting rhetoric coming out of both Macron and Merkel, jousting for a European Army. Something I have warned of for years. These tyrannical, egotistical, unaccountable sentiments are shared by all in the echelons of power in Brussels. Not only is it ironic but also bloody dangerous. All i’ve heard out of Remain, is ‘the EU brings peace’ and ‘it was created as the end of all wars in Europe’. Which are both wholly untrue. Make no mistake, the EU has it’s own foreign policy, it just can’t act like it wants too, yet. Let me put it in layman’s terms. Would you vote for a united army of all nations in Europe? Yes I might hear you say, seems like a reasonable noteworthy idea to pool our resources and work towards the common good, building bonds with other nations and championing teamwork across borders. Ok I say, who’s going to run it? An Army General? All that power given to one man? As head of more than 30 nations? No surely not. Okay well how about it’s run by a government? Yeah that seems like a good idea, share the power. They can vote on if the Army can act, when, where and how. Sounds good? Okay, what about if a couple of countries don’t believe in using the Army for something that has been voted on? Well technically the parliament doesn’t make the decisions. All the main decisions come from the EU commission and so does all the money to run it so they have all of the say. And who runs it? The President of the Commission, so we’re back to one guy with all the power and might of Europe? What about if he has an agenda (which all leaders do), is he accountable? Can we vote him out if we don’t agree? No. Can the countries that don’t want to go along, veto it? No. Can these countries leave the European Army if they want? No. Can they stop paying contributions? No. Can they then leave the EU?…….Can they then leave the EU? I heard what you said. Do you see how hard the EU have made it for a major power like us to leave? Imagine the little guy, trying to get out. Imagine, Poland, Hungary, Austria or even Italy? The merry-go-round never stops. 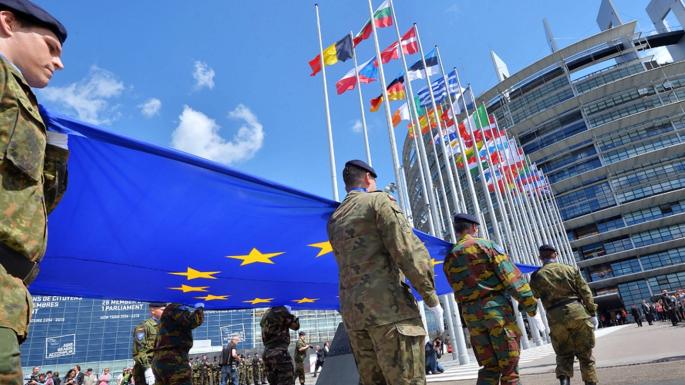 To be fair, if it ever came to war i’m pretty sure we would kick the fuck out of them. We’re the only country to keep up our 2% of GDP contributions towards NATO and have a functioning Army, Navy and Air Force. Numbers may be low at present but cometh the hour, cometh the man. There may come a time in the future that we would have to go to war with the EU for their own good. The rhetoric for an army comes from them and what possible use could they have for an army? Is it because they now realise that having us as an ally would be advantageous? Have they also noticed that we have the nuclear deterrent and are the 2nd biggest power in NATO? Have they come to realise that they might not have the comfort of the best armed forces on their side? Or are they worried that there would be a sovereign nation outside of their control, on their doorstep which they can no longer bend to their whims. A strong, robust power with a huge economy, wealth, connections that span the globe and a queue of countries waiting to do business. If anything I think they’re scared of the prospect, they’re scared of being shown tough love from their neighbour. Something they NEED. We’ve been the sheriff of Europe for long enough, we need to concentrate on ourselves now and build for the future. A rocky, uncertain future at that. Imagine the possibilities!

We could concentrate more money on exploring space or send the first manned mission to Mars. We could retake the reigns of our destiny, be at the forefront of innovation and engineering. We need to think bigger. We need to make a mark and set the bar high for our first 5 years out of the EU. We need to reestablish ourselves as one of the biggest wealth creators on the planet, less restriction on the financial sector. We need to be up there with the US, strength breeds competition. You may hate Trump but my god does he create wealth. Something we’ll need plenty of, to pay off all the moaning parties that pout they’re not getting EU funding anymore, which was ours to begin with but that’s besides the point.

To finish, in the next few weeks we will see what we’re really made of. When it comes down to it, there is only right and wrong. The wrong thing to do is sit idly by as the country comes crashing down around you. The right thing to do is to take ownership and set about putting it right. Is there appetite for a Brexiteer leader inside the Tory party? Probably not, considering the vast swathes of Remain MPs. However, morally is it right that one should be in power? Yes. People that say we’ve wasted all this time, I would be inclined to agree with them for once. But we can put this right by showing support to a true leader of Brexit and of this glorious kingdom. You may hate my political babbling and intellectually lyrical masturbation but you can’t deny, I exude truth. I challenge anyone to explain to me why we shouldn’t have a Brexiteer PM. I challenge anyone who thinks the European Army is a good idea. Finally, I challenge the nay-saying politically morbid and ask them to explain why we can’t make ourselves the benchmark for all growing nations, around the world and be the older brother everyone needs, one that they can look up to.